“I give it all for the high”

Wanderer is an experimental video created in the popular video game Grand Theft Auto V. This video was created for a contest using the song “Wanderer” by Little Dragon. The Wanderer contest was a great experiment for combining film and video games together to form an art piece with a controversial medium.

Our main protagonist (Codename: Mako) wanders through daily life as two main faux personas: the flamboyant and gaudy mistress of a drug cartel leader to the femme fatal right hand of a hitman by night. Although Mako seemingly works as a partner to these men, it is revealed she works for neither and betrays them both, only revealing her true identity as an “in-between” at  twilight. 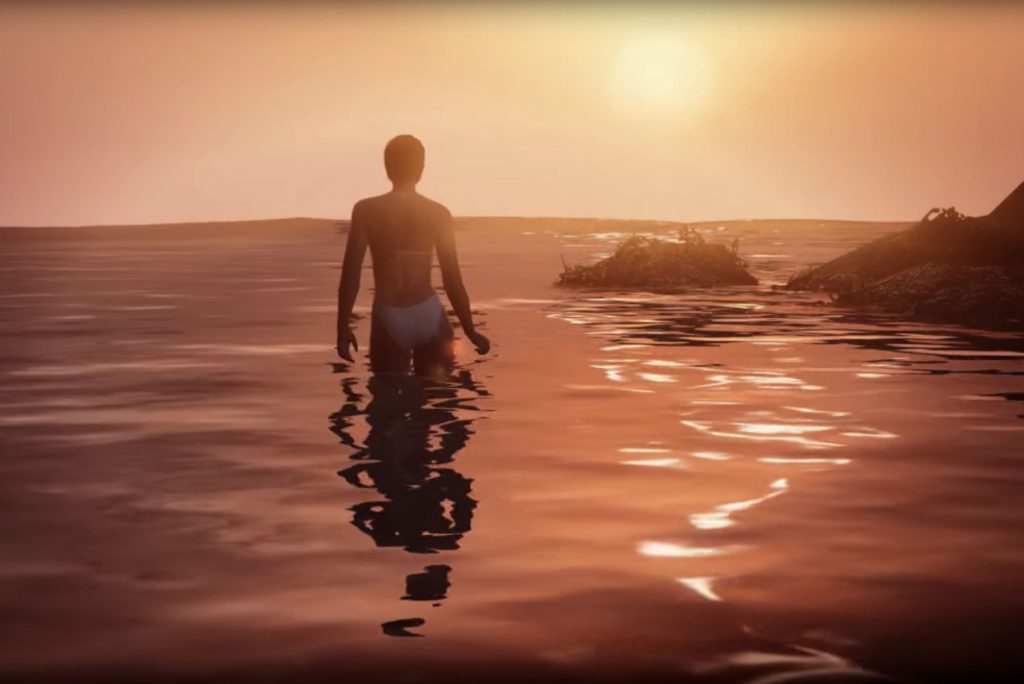 Instead of trying to create this story in the traditional way of acting and movement, most of the emotion and storytelling had to be told through costume, color and symbolism. Our story opens up during the day with the bright and overly saturated colors of an amusement park. Mako looks toward a Ferris wheel (a symbol for the constant passing of day and night) dressed head to toe in a garish bustier, mustard-dyed hair and stilettos. As she accompanies her equally gaudy partner Luci, the scene changes and we are brought to her night persona, where she sports dark leather pants, purple hair, and a pistol as an accessory. The bright lights have flipped and contrast heavily against the dark and less saturated lifestyle of an assassin. 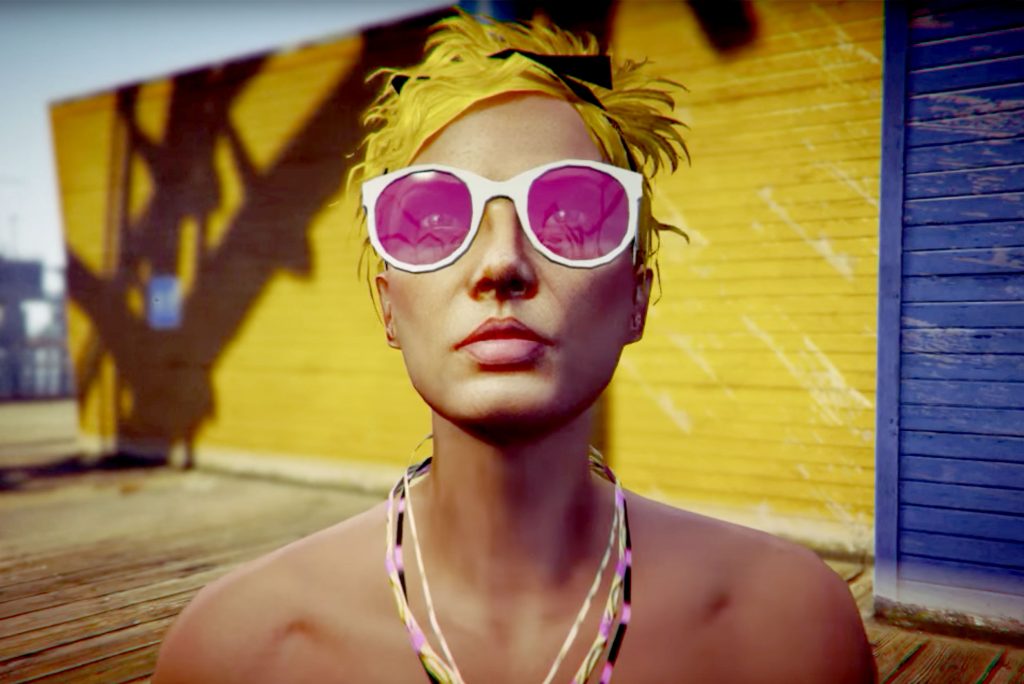 It is also important to note that Mako is constantly shown behind the men she works with, yet still at the center of attention. Throughout the video it is surmised that she works a double life for both men, even in transportation vehicles she tends to ride as a passenger, yet at the end she escapes the scenes solo on a motorcycle as her true self. Much like the fin of a dangerous shark, she only allows a part of herself to be shown whilst hiding her true intentions below the surface. 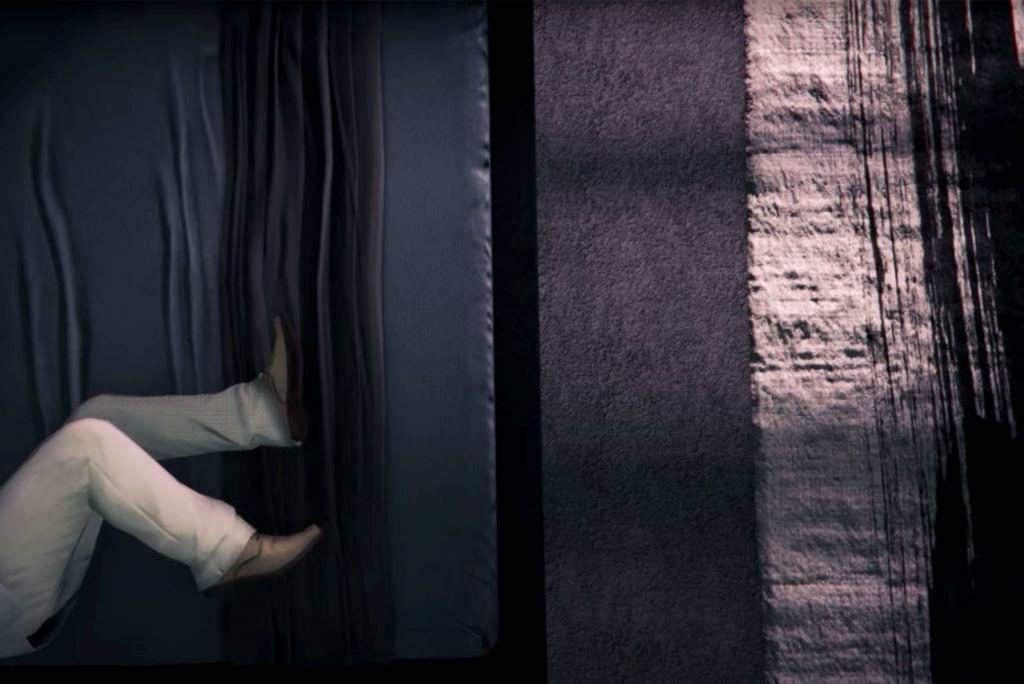 Working within the limitations of a video game such as Grand Theft Auto V proved to be a big challenge. It is quite easy to stage action packed sequences such as explosions and dramatic car chases, yet trying to capture more simplistic and minimal scenes such as a conversation or sitting at a table proved troublesome (for one thing, the characters can’t sit down unless in special circumstances). Characters also had only a limited amount of actions (Ex: Pointing, blowing kisses, etc.) since most are pretty aggressive and had more to do with antagonizing than replicating real life situations. The challenge did in fact pay off however since it forced me to tell a story through ambience rather than acting.